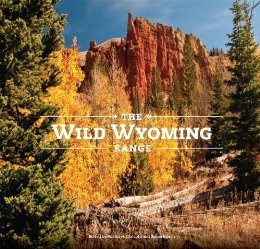 A Place of Competing Values

Oil and gas exploration in the Wyoming Range dates back to the 1920s when the Oil and Gas Leasing Act allowed private companies to lease federal land for mineral development. In 1993, the McMurry Oil Co. drilled the first commercial well in the Jonah field, a deposit of natural gas about 30 miles southwest of Pinedale. By 2000 Pinedale was well on its way to becoming a boomtown and energy development in the upper Green River basin has been increasing since. The structural basin that includes the Jonah field and the Mesa (or Pinedale Anticline) holds trillions of cubic feet of natural gas. Billions of dollars in royalties would be a major boon to the economy, at least until the gas runs out. The Wyoming Range lies on the margin of this vast energy reserve, and roughly 150,000 acres is under existing lease.

While this part of Wyoming holds great reserves of a valuable commodity, it is equally valued for its rich wildlife resource, clean air and water, open space, scenery, and a way of life that could be irrevocably altered by the kind of industrial development seen in the nearby upper Green River. As of this writing the number and density of wells in the upper Green is scheduled to greatly increase as part of ‘infilling’ of existing gas fields. Infill drilling allows the wells to be closer together and increase the speed of gas extraction. One may well ask what the hurry is. Gas in the ground is like money in the bank, according to some.

While industry contends the environmental impacts associated with infill drilling are fewer than with new exploration and development, what if the area is winter range for mule deer, pronghorn and sage grouse? We have a partial answer thanks to some monitoring that has been done since 2006. In the Jonah Field the mule deer population fell by 46 percent since infilling began (2006 data). A more recent federal report documents declines of 60 percent in mule deer numbers since development began in the Mesa area to the north. The Wyoming Game & Fish Department noted a 37% decrease in sage-grouse on the Mesa and a 47% sage-grouse decline in the Jonah Field. Some of this decline has been attributed to harsh winters, but these species have evolved with harsh winters for a long time and the declines have been noted since infilling began.

Effects of the gas boom on wildlife are being documented, and increasingly, so is the effect on air quality as Pinedale and surrounding areas have increasing numbers of ozone alert days in late winter. Groundwater is also being polluted from both hydrocarbons and hydraulic fracturing (fracking in energy speak) of bedrock to release hydrocarbons. Chemicals added to the fluids are linked to health problems: 2-butoxyethanol is associated with liver cancer and blood disorders; 2-mercaptobenzothiazole is linked to pituitary and adrenal cancer. Just trying to pronounce the names of these synthetic compounds may cause headaches.

The pace and extent of the gas boom in the upper Green River basin shows what large scale, rapid development can do to transform a landscape and a community. This was in the minds of those who worked toward passage of the Wyoming Range Legacy Act, to save a special place from the fate of its neighbor. But with existing leases and existing rights, it remains to be seen how much of the Wyoming Range will be left intact to the next generation. While industry contends that gas can be produced with minimal effects to the environment, citizens wait to see an example of this in the upper Green, where terrain and infrastructure makes production far easier than it would be in the mountains of the Wyoming Range. The question remains for us all: what do we value and what are we willing to lose?